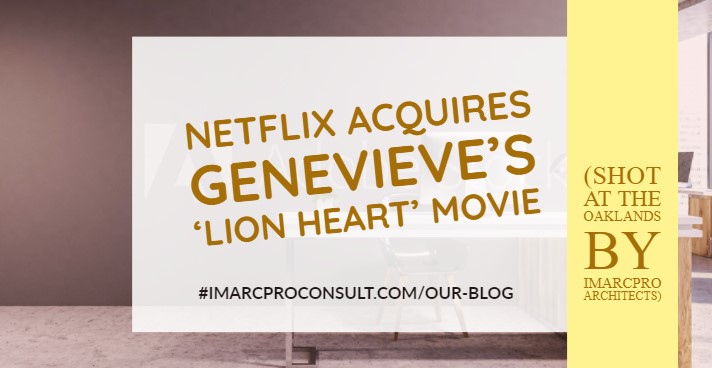 Genevieve Nnaji was interviewed by Richard Quest of CNN, where she spoke on her film ”Lionheart”, which was recently acquired by Netflix.

On the eve of the premiere of Genevieve’s Nnaji’s directiorial debut film, ”Lion Heart” at the 2018 Toronto International Film Festival, movie sharing platform Netflix announced a deal to acquire the movie on its channel.

This made ”Lion Heart” the first original film from Nigeria to be owned by the American movie streaming platform.

Speaking with Richard Quest on Tuesday night, Genevieve discussed on its acquisition by Netflix, how she was able to gather funds for the production of the movie and the chances of Nollywood gaining global acceptance.

“I think the authenticity of the story which was what I loved about it. It provided an environment where I could showcase the things that made me proud of our culture, our talent and our values. We focused on quality this time,” she told CNN’s Richard Quest on Quest Means Business.

On how she was able to put the movie together, ”For money, we had to self-fund unfortunately, she says, we don’t have adequate funding for movies that we actually intend to go global, there isn’t that provision yet.”

She also explained that Nollywood stands a good chance of going global anytime soon, but she sees language as the only problem that stands as a barrier.

Lion Heart premiered at the TIFF Festival 2018 on Saturday, September 2018.

Lionheart captures the challenges of a female in a male-dominated industry. It is a story of Adaeze, a young lady who steps up to the challenge when her father, Chief Ernest Obiagu, is forced to take a step back from his company due to health issues.

She works with her crude and eccentric brother to save the family business in dire financial straits resulting in crazy and often hilarious results.

Genevieve Nnaji stars with a solid line up » that features Nkem Owoh , Pete Edochie , and Onyeka Onwenu in the movie.

The Oaklands Enugu designed by IMarcPro Architects is located in Enugu. The ambiance of the Hotel Facility contributed greatly to the beautiful movie scenery.

Video: The Most Costly Building Project Mistake to Avoid